Todays post is inspired by a post made by Lori from http://www.rrsahm.com/ a few days ago. Lori is jumping back into internet dating and has come up with her perfect " go to " question to seperate the men from the morons - " Who is your favourite super hero ? ". What struck me as funny is that Mick and I met on a web dating site and i actually asked him the exact same question on our second date! Despite not reading comic books, i'm a big of a comic book/graphic novel movie nerd, and on our second date we went to see " Watchmen " ( graphic novel, psuedo superheroes, kind of dark. Google it... ). When i asked him his favourite superhero, and we matched on 2 out of 3 in a Top 3 list, i knew it must be love! So, inspired by that very question - which, although it sounds unbelievable nerdy to some, i think actually gives away quite a bit about a person - here is my current Top 5 Favourite Superhero Type People Things : 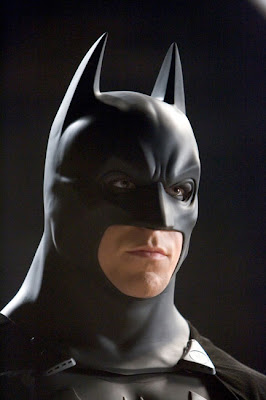 1. Batman - Batman is my favourite for a few reasons, but mainly this: the man doesnt actually have super powers, he's just a really dark, tortured rich guy who's taken it upon himself to save the world. You know, vigilant style. Plus, he has cool gadget, a cool car, and his own cave. Ace. 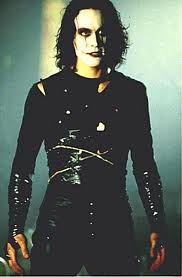 2. Eric Draven aka " The Crow " - a lot of people have never heard of this one but Eric Draven comes in at #2 simply because he' so romantic. Romantic? Yes - for those not in the know basically Eric Draven is a guy who was murdered alonsgide his girlfriend and on the first anniversary of his death he returns from the dead to avenge his lady love. He has all these " you-cant-kill-me, i'm-already-dead " powers, and once he's killed off all the bad guys and made sure a young girl he knew is looked after, he returns to his grave and ( presumably ) can get on with the getting to heaven to be with his woman. So yes - way romantic! 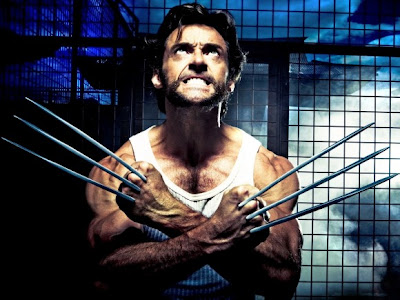 3. Wolverine - total motorcycle riding, cigar chomping, big hair growing bad ass! Plus he has awesome adamantium claws and is played by the super-scrumptious Hugh Jackman at his muscular best. And, even though he's a grumpy rebel most of the time, he has his soft side. Everything a lady could want in a man mutant... 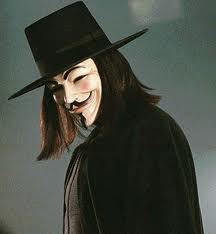 4. V - as in " V for Vendetta ". Again, he doesnt actually have super powers, he's just another ( literally ) tortured soul ( who may or may not be hideously mutilated ) who has taken it upon himself to save the world. Or, in V's case, to fight the system that oppresses the world he lives in. Which he does, ably assisted by a bald Natalie Portman in the film version. Because i dont like spoiling films, i wont give away the ending, except to say if what V does isnt heroic, i dont know what is. 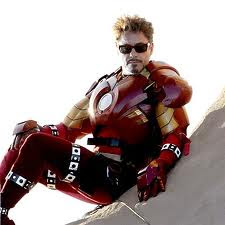 5. Iron Man - lucky last, Iron Man makes the list for 3 reasons: a) he's another rich dude with cool gadgets, saving the world because he can; b) he's really funny and c) he's played in the film version by Robert Downey Jnr who, despite being old enough to be my father, is just a bit hot. Or a lot, you decide....
Posted by Amy xxoo at 5:42 PM