So Melissa from " The Things I'd Tell You " has decided that she'd like to start a weekly link up, wherein she'll post a subject/theme/idea dn if you feel inspired you can get on board and write your on post. Which is what i'm doing this week because this weeks topic is hot. Or should i say hawt?
In a fantasy world, forget about spouses and loves, if you could fall in love with {or be best friends with, I don't think it should all be about who you'd shag , so lets have some from both categories } a movie or tv character, name 5 you would choose. Not the actors but the movie characters. You have to tell us why.
So here goes: 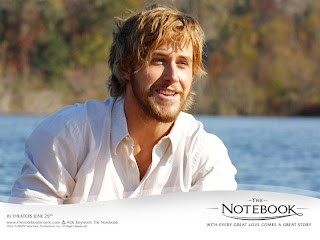 1. Noah from " The Notebook " - yes i know its a stereotypically mushy chick-flick adored by women everywhere. But Noah is pretty much the most romantic male lead ever ( to the point where women weep - hell, they SOB - at how sweet he is... ) and the fact that he's played by the divine Ryan Gosling doesnt hurt either.

2. Wesley/The Dread Pirate Roberts from " The Princess Bride " - Wesley gets the nod because a) " The Princess Bride " was one of my favourite movies as a young girl; b) the film was probably my first taste of romance and; c) he's romantic AND he's a pirate. Oh, and he can sword fight, and rock climb, and outwit a Sicilian, all with a flip of his perfect hair, a wink and a grin. As you wish... 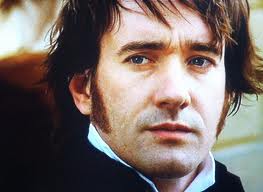 3. Mr Darcy from various incarnations of " Pride and Prejudice " - seriously, how was there any doub that i WOULDN'T pick Mr Darcy? I havent seen the Colin Firth version ( i know, i know ) so i'll go with Mathew McFadyen played opposite Keira Knightleys Elizabeth ( i seriously have a girl crush on Keira KNightly, but thats a whole other post ). Perhaps not as physically gorgeous but there is something about that stand-offish , repressed passion that really draws me in. 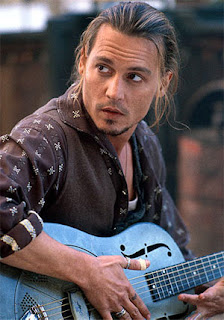 4. Roux from " Chocolat " - i have two words for you: Johnny. Depp. Do i need to explain further? OK - how bout a movie set in France, in a chocolaterie, where Johnny plays a handsome gypsy who knows how to play guitar and fix things? I want to replace Juliette Binoche, take him out on that barge and jump his beautiful gypsy bones... 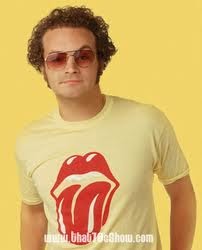