Another Weekend By The Numbers 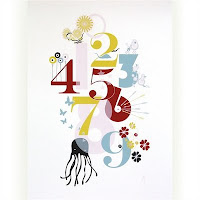 1 - christening attended. For my neice, B. She was too cute in her little christening dress with her fluffy hair.

100 - number of dollars spent on groceries for the week. Mr Gil decided to experiment: we went to a local green grocery for our fruit, the local bulk meat centre for our meat and bought the " rest " at the supermarket, to see if all that running around was less expensive than buying all the groceries in one place ( ah, that being the supermarket ). And it was! Around $30 cheaper in fact.

1500 - number of dollars we could potentially save for the year if we do our groceries the grocer/butcher/supermarket way. Thats the cost of a holiday right there!

6 - pieces of French toast i ate for Fathers Day lunch. I made them, so i figure i deserved an extra piece or two. I had originally planed French toast for breakfast, but Mr Gil was one of those people who spent 5 hrs drinking - so McDonalds egg and bacon McMuffins were on the menu instead.

60 - pages left until i finish the book i've been reading. And by " been reading " i mean i read the first 2 chapters about 3 weeks ago and read three quarters of the rest of it yesterday. In case your wondering which book it is: " A Harp in the South " by Ruth Park. Its an Australian classic that i'm pretty sure i read for school once, but its turning out to be much better than i remember it.