So after yesterdays dreary little post, i'm trying to keep the motivation on track. I figure the best way to do that is to just post as often as i can, everyday if possible, whether i have much to say or not. If i dont have anything to actually talk about, maybe i'll just post a photo or a music video or... i dont know... just something. I've found in the past that the best way to find motivation is to just start " doing ", and "doing " regularly, until whatever it is becomes a habit that you enjoy. 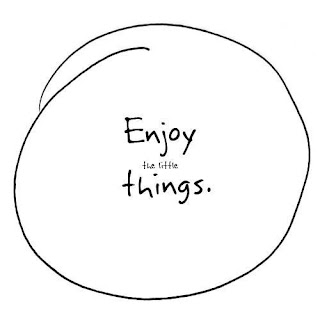 And so, in the interests of keeping this blog alive ( and to take up sometime, seeing as this office is beyond quiet today ) i thought i might make a small list of things i am looking forward to in the next few months ( not exactly in chronological order, because i have a slight case of baby brain and i forget specifics like dates ):

1. Anzac Day - sure, its nice to get a day off during the middle of the week, but Anzac Day is also my Dads birthday. We see him pretty much everyday, but i'm looking forward to getting Flynn to draw him a picture or do him some "craft " and watching both of their faces light up when Poppy unwraps it. We're also planning on taking Flynn to his first Anzac march this year, so that important too.
2. Having our garage converted - from a garage into a bedroom/playroom for Flynn. It will mean more space for Flynn to play, less toys in my loungeroom ( in theory ) and once Flynn has moved out, his old room will be ready t set up for Little Miss Jelly!
3. " Elmo's World Tour " - this Sesame Street stage show is coming to our regional theatre and got Flynn and myself front row tickets! He loved The Wiggles but Elmo and the Sesame Street gang are Flynn's favourites, so i'm looking forward to seeing his awesome "excited " face!
4. Roadtrip to Sydney - just me and Mick. As we're business owners now, and Mick is really the only driver we have, he cant take annual leave for at least the first year or two... all of which made me think that we need to take every opportunity we have to get away ( ie public holidays ) or to make our opportunity. So i got all sneaky and booked us a weekend down in Sydney with the aim of doing something that we would each enjoy. So the Saturday morning we'll have a sticky beak at the Baby and Toddler Expo at Homebush, and then in the afternoon i've booked us a one hr ride around the city, out to Bondi and return, on the back of a Harley Davidson trike. I'm not sure which bit i'm more excited about ( aww hell, i'm dying to get on this trike! ) all i know is that we better get nice weather or we'll have to reschedule our trike tour - which would mean a roadtrip down with a small baby sometime later this year.... :/

And thats about enough for now. There is Mothers Day of course, and i'm still tossing up whether to attend our belated ten year school reunion on the June long weekend.... and how can i forget there is a baby coming sometime in August! I just know that i seem to cope better, to function better, when i have something on my calendar to look forward to, to keep me going. Its so much easier to make it throughe the day when you can say " Man, today sucks the big one... but hey, i get to see Elmo next week! "
Posted by Amy xxoo at 2:21 AM