A Weekend By The Numbers 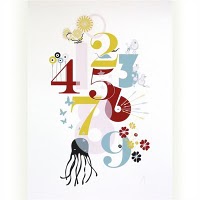 2.5 - hours spent bored on Friday night. Seriously, there was nothing on free-to-air tv ( and we dont have Foxtel ) that i was interested in, although Mick was quite happy watching " boy " programs on the new 7Mate channel. I thought i could start reading a new book ( and by new i mean one from own library that i havent read in a while... ) but i didnt want to seem like i was ignoring my sweetheart. So lie down on the couch next to him, shoved my feet on his lap and asked for a massage. It didnt work...

$169 - spent on this weeks groceries. A little more expensive than usual, bu that did include a new tin of formula, a 10 pack of AA batteries and sensitive skin shaving cream - all relatively pricey items we dont usually buy. And i managed to do the groceries in under 45 minutes because Mick decided the weather was that shitty i could go do the groceries on my own and he'd stay home with Flynn. See what i can do without the two male distractions in my life?

2 - movies watched. Yep, the crappy weather meant it was perfect for a movie day, so we chucked the spare mattress on the loungeroom floor and veged for the afternoon. We watched " Iron Man 2 " which i really enjoyed ( even though i fell asleep and had to catch up the half hr i missed later in the evening ) because, lets face it, i'm kind-of-not secretly a comic book movie fan; and " Shutter Island " which we both agreed was a great movie ( despite Mick falling asleep and me having to catch him up on the half hr he missed ). I'm not going to give away an details for those who havent seen it but its one of those head-trippy thrillers that has you questioning everyones motives and everyones truths... ooh, mysterious!

7 +3 - slices of bacon + eggs cooked for breakfast on Sunday morning. Ah, bacon and eggs on a Sunday... its not exactly a ritual around here but is rather kept for special occasions or just as a way to say " i appreciate you baby ! ".

1 - year anniversary. Of what ? Sunday was one year since Michael proposed to me...aww, romantical. Thats why i was making the bacon and eggs...it was both a special occasion and a appreciative thankyou breakfast.

5 - people that we had over for afternoon tea: my mum, dad, brother, SIL and almost-2 yr old neice. Despite my love of baking, i had no time up my sleeve to whip up a tasty treat, so we just grabbed a pack of lamingtons from Woolies. Everyone loves a lamington! Or a mint slice biscuit, as i found out when my neice only ate half of hers before it was time for to leave, and Flynn found the discarded half about 20 mins later when he woke up from his nap. Mmmm, chocolatey mess on the carpet....

750 - millilitres of cheap champas sparkling wine drunk by Michael and myself over a romantic candlelit dinner after Flynn had gone to sleep. He cooked dinner ( a yummy Indian Curry Chicken Rice ) and i made dessert ( Chocolate Mousse with mixed berries ) and we sat and chatted across the rarely used dining table and enjoyed our lovely meal without the interruptions of our ( gorgeous ) crazy baby. Then we retired to our boudoir for the evening....to snuggle. And sleep. What else would we be doing in their you perves ? Wink, wink, nudge, nudge...
Posted by Amy xxoo at 4:05 PM