Ah.... the global economic meltdown. I'd like to say that you amuse me, but truth is... you dont. I dont think your amusing anybody, not even rich fatcats sitting up in their mansions because they're losing money along with everybody else. Truth be told, i'm not doing too badly - i have a good, stable job and i dont have any investments dragging me backwards. Plus, i've just received a nice little monetary gift ... courtesy of Uncle Kevin Rudd.

Who , you say ? Uncle Kevvie or, as you non-Aussies may know him ( if you've heard of him at all ... ) Kevin Rudd, Prime Minister of the Commonwealth of Australia. Thats right people, the Australian government is giving money away and i've got me some! If you're an Australian taxpayer who earned less than $100 000 last financial year ( uh, yea... i'm waaaaaay under the qualifying mark ) the government will give a $900 cash injection. The idea is that everybody takes their " free " $900 and spends it, thus stimulating the Australian economy.
Question is: what do i spend it on ?
High Definition TV? 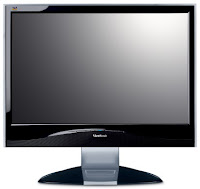 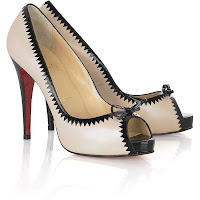 I dont really need the new phone, and although i would die to be wearing gorgeous Louboutins ( i'd sleep in them i'd love them so much! ) i dont really need them either. I am actually tossing up getting a TV to replace my old flat screen but im going to wait til the price is right. So where will my K.Rudd money being going ? For now, into my savings account. Boring, i know, but until i can decide exactly what i want to do with it - tearing down a wall in my new house or investing in a new piece of furniture being two other seriously considered options - i'll be keeping a good hold on it....
Posted by Amy xxoo at 3:01 AM