Good morning (afternoon, evening, night... take your pick ) and welcome to the 20 Something Bloggers Blog Swap for 2010! I was crazy enough eager enough for a bit of blog-swapping action to sign up this year even though a) i had no idea who i would be swapping with and b) not a clue what we would be asked to write about! But it all worked out in the end - todays post will be brough to you by a lovely young lady named Bell, a brave 20-something who is chronicling her move to the big city ( the big city being New York! ). You can find me over at BellDuJour while Bell will be hanging out here today. What is she posting about? Read on....

“Action – What Will You Do Next Year That You’ve Been Putting Off For Too Long?” 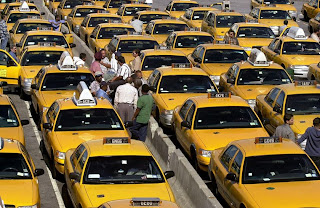 I’ll be honest; when I signed up for the 20SB Blog Swap I had absolutely no idea what I was getting into. The irony of it all is that it may be one of the first ‘actions’ I’ve taken.

I made a big, big change in my life in 2010 when I moved from a small town in Massachusetts to New York City. With one carry-on suitcase I settled onto my friend’s couch and started work here September 1st.
After a few weeks on her couch and two months in a tiny sublet I moved into an apartment in Harlem with a co-worker who has become a dear friend of mine.

Sigh of relief. With somewhere to live, I feel lighter and somehow more alive. With the boulder of worrying about finding a roommate and a home off my shoulders I can breathe easier. Being able to leave work and go somewhere that is mine, and feels like home, is indescribable, especially in comparison to living in the sublet where I was uncomfortable and unhappy.

I now have a lot more time to be myself. As I decorate according to my own tastes and watch my home come together as an extension of my own personality, I’ve found myself thinking more and more about why I’m here and what I want to accomplish in my time in this city of opportunities.

I dabble. I sing. I sew. I write. I bake. I decorate. I speak French. I’m late for everything.

Ok that last thing isn’t really a skill. It’s more of an anti-skill.

I don’t like that I dabble. I’m not a jack of all trades I’m just someone who knows a bit about a decent amount of things. What’s that going to do for me?

My roommate was confused when I told him I was scared to go out and check things out by myself.
“You moved to New York City where you didn’t know more than one person, and you’re afraid to go to the museum by yourself?” It’s funny the way he puts things in perspective for me.

The thing is, none of this will happens unless I take action. If I don’t get up and get out, I’ll always be scared of it. Steps, whatever they may be, need to be continuously taken or I’m never going to succeed at learning any of these things.

I’ve wanted to learn to play guitar for almost seven years now. For seven years I’ve been thinking and wishing and dreaming and not doing. So, what will I do next year that I’ve been putting off for too long?

My mother bought me a guitar for my birthday. Last week, I bought a guitar book.
I have a sewing machine and I’ve made clothes but I don’t know the basics at all. I signed up for a sewing class.
I want to learn about photography. I bought an SLR. Scratch that, I traveled alone all the way out to Queens to pick up an SLR I found on Craigslist (in a public place). First trip alone.
I want to write more, so I started the 30 Days of Truth List and signed up for this blog swap.
I want to be healthier, more fit. I have a gym membership - but anyone who’s made a New Year’s Resolution knows that doesn’t mean anything.