Operation ' Get My Child To Sleep Longer So I Can Stop Being A Dairy Cow ' Begins....Now!

Perhaps i should just refer to it as Operation Sleep for the sake of not having to type all that over and over. Either way I'm on a mission to get Flynn to nap for a longer period during the day, so that i can have my boobs to myself for a little longer and i can get some stuff done around the house on a regular basis. Dont get me wrong: Flynn is not a 'problem' baby. He doesnt do a great deal of this: 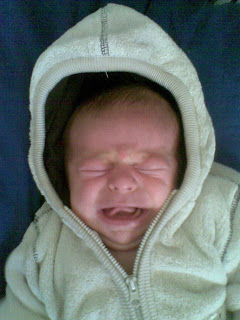 So its not like i have a problem with him howling all day long. However, i need him to do is more of this: 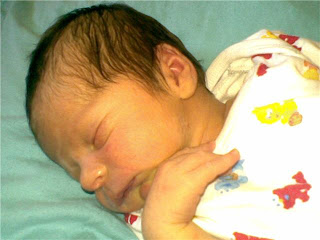 Thats right - he needs sleep more during the day. We dont have a problem at night ( thank gawd! ) but during the day we've had a little bit of issue. What kind of issue? Well, even though i'm well aware that our 'schedule' is inside the bounds of normal, i've started to become a little weary of breastfeeding my son every two hours. So, for example, we might start a feed at 8am, have a little play and then be put down to sleep by 9am. If i'm lucky he will sleep between 20-40 mins, and then he's ready for another feed by 10am. As i said, this kind of feeding schedule is considered to be normal, so thats not the issue - what is the issue is that its exhausting. I've been eating more than i normally would, just to keep up the calories to have enough energy to produce and supply the milk, not to mention its just demanding on a mum to have so little time to herself to have a shower, or eat lunch, or get any household chores done.
So - i got a hold of a counsellor from the Australian Breastfeeding Association  ( can i just say how awesome the ABA is, what with having counsellors and a forum for mums to discuss stuff and weekly meetings in some areas? ) and she was really helpful - she's given me a few ideas of how to lengthen out our little feed schedule and to help me to get him to sleep for a longer period. I'm also taking this opportunity, while i'm already implementing some change, to move Flynn out of his bassinette in our room and into his cot in his own bedroom. So big changes afoot!

We've started today and so far its gone pretty well. Its feed, play , wrap and then a quick pat and cuddle before i put him into bed. If he cries i leave him for 10 minutes before i lift him out, give him another cuddle and put him back. He's managed, after two cry/cuddles to sleep for a total of 2 hrs, twice, already today. So, cross your fingers for me for the rest of the weekend!
Posted by Amy xxoo at 12:40 AM