( By Ashley Ambirge ) Think of a time when you didn’t think you were capable of doing something, but then surprised yourself. How will you surprise yourself this week? 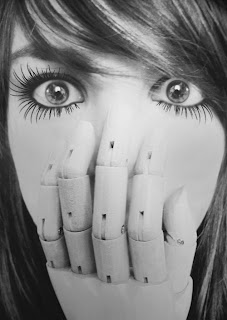 Image from here
Let me say this - suffering through depression and social anxiety disorder, i constantly suprised myself with things i had  to do in order to get better. Simple everyday things, like striking up a conversation with a stranger or eating lunch by myself in a public place ... things i said ( to my counsellor or psychiatrist ) " I'll never to be able to do that! ".... i did them. So take those small things and multiple them by like a hundred and you get the biggest challenge you could throw at someone with social anxiety disorder : move to the other side of the world and live in a communty where you dont know anyone. Not a single soul.

A monumentally huge challenge in fact. But, even though i doubted myself a bazillion times, i was determined that this was one challenge i was going to make it through. And, in the end, not only was i suprised that i stuck it out but i was also suprised at how easy it seemed to be. Moving to the US to live with and work for a family i had never meant was daunting, but i was amazed at how quickly i felt accepted as one of them. I thought i'd be lucky to make one friend while i was there, but by the end of my year i was the " go to girl " for new au pairs coming in to the community, the one who was asked to take them out for dinner and show them around. I thought i might struggle with suburban/city living ( having come from a rural background ) but i took to NJ and New York City like a duck to water. All those things were once on my " No way Jose! " list but, in the end, the ease with which i accomplished them suprised not only me, but others too.

So what will i do to suprise myself this week? I think it may revolve around some training i have to do for work on Wednesday... i could either:
a) suprise myself by NOT getting cranky at management i'll have to deal with or
b) suprise myself by telling them to take theur job and shove it.
Option a) is definately going to be the better option for me right now, so lets just hope i dont get annoyed enough to run my mouth!
Posted by Amy xxoo at 2:53 AM