Today was little Brody's funeral, and it brought me completely undone.

I can only imagine how incredibly hard it must have been for his mother - to wake and prepare for the day that she will be putting her 6 week old child to rest forever. To deliver a very moving eulogy, to share her babies story with a church full of people without collapsing in tears. To hug every mourner as they left the church, to smile and accept their condolences without wanting to scream at them. To nurse her other child on her lap, to hug him and squeeze him as they lowered her baby's casket into the ground. I know for sure she is a much braver woman than I. 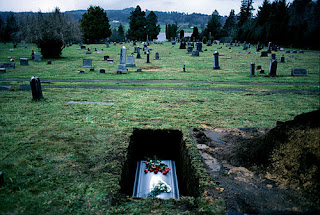 I would have been a bawling, weeping, moaning mess. You know the Muslim women you see on the news, the way they howl and paw at themselves, throwing themselves to the ground? That would have been me. And i wouldnt be finding comfort in religion of any kind - i dont mean to offend anyone but i hate the hypocrisy of Catholicism. I hate how when good things happen it is Gods glory, his miracle, his wonder; but when babies are stolen away from wonderful kind people its all " God works in mysterious ways " or " He must have needed that angel back ". God gets all the glory but never the blame. Frankly, i think thats absolute crap ( and a whole other post ).

So i went, and i wept for what my friend had to go through. I wept for the thought of what i would do if it were me and my child. And wept for what my parents would have had to do almost 22 years ago. I wept for the little boy they had to put in the ground. And when little Brody's burial service was over i went to my brothers grave and i collapsed onto the grass and i cried there, with him, privately. I cried for all those things and more. I spoke with my brother and i told him how Flynn knows his name ( even though he doesnt pronounce it properly ) and how he can point him out in photos. I told him how Flynn is built like him, small and nuggety, and how our Dad says Flynn reminds him of his son. I promised to bring Flynn to his grave and tell him that we love Uncle Eli. And as i wept and talked and tried to arrange my flowers as best i could, two crows flew overhead. 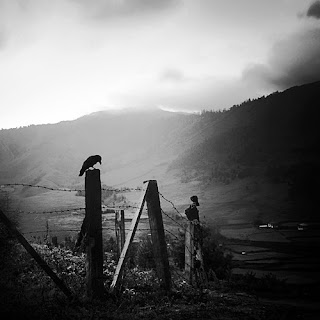 I dont know what you, out there, believe - but i know what i believe, and i know who those two crows were and why they were there, watching over me. I carry them on my shoulders ( quite literally, tattooed there forever ) at all times, and today they came when i needed them....
Posted by Amy xxoo at 3:10 AM