A ( Mothers Day ) Weekend By The Numbers 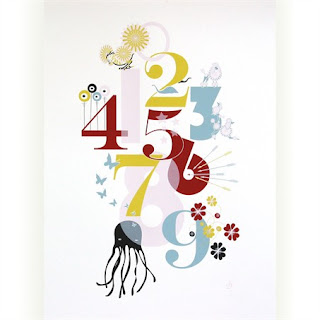 1 - block of chocolate included in my Mothers Day present. Cadburys new " Marvellous Creations " Popping Candy flavour ( which is, by the way, awesome! )

4 - number of times i shared some with Flynn, who knew exactly where i had it and kept going " 'Scuse me Mum? I want some! " with the biggest grin on his face.

6 - loads of washing done over Saturday and Sunday. It would have only been 4 but i had to do 2 rewashes because the stupid bloody dog keeps pulling stuff of the clothesline. He's still only a pup, and i love him, but if he doesnt stop stealing washing i'm going have to kill him!

10 - combined total of books i bought at two different book sales. 9 of them were picture books for Flynn, and the other was a novel for myself. Not exactly sure when i'll get around to reading it tho - it might just have to make a nice addition to my bookshelf for now.

60 - minutes i spent snoozing on the lounge on Mothers Day afternoon. Flynn and Daddy went off into the new playroom to play trucks ( and Mick tuned Flynns radio into a live football game ) while i drifted in and out of a nice, restful, nana nap.

3 - number of dvds i tried in our dvd player before i came to the sad conclusion that it has died in the arse. No Mothers Day afternoon spent watching " That 70's Show " for me. Boo to that!

2 - number of tv shows Mick and I watched after the lovely chicken tikka curry he made for dinner : " Modern Family " and " New Girl ". ( For the record, Schmidt cracks me and Jess and Nick just need to hurry up and get it together already! ). After that we perused the tv guide, found out there was nothing much else worth watching ( Masterchef just isnt doing it for me this year ), so we turned the telly off and had a chat and went to bed early instead...

562 - approximate number of times that Little Jelly kicked me in the belly button/bladder/ribs to make her presence known over the course of Mothers Day. Its nice to know she's going ok in there but getting super-Ninja kicked all day long isnt exactly the most comfortable of presents!
Posted by Amy xxoo at 1:57 PM