Is Preschool A Prerequisite?

This past week I've been looking into early education options for Flynn. He's just turned 3 and he already attends daycare, but next year when he's a 4 year old I thought it would be nice if he could attend preschool. Oh yes, I thought it would be 'nice' - but I never thought trying to find him a place would be so competitive! 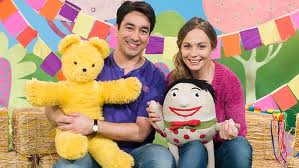 I live in a rural city, population roughly 40 000 people - but we only have two dedicated preschools. I knew enrollment day was coming up for one of them and thought ' great, I'm not working, I can get there right on 8:30am when they start taking enrollments '. But then I asked a few friends who'd had kids go there before and I was advised to get there to line up at 6:00am and I thought ' 6-freaking-am?! No way can I do that with both the kids! Ah well, I'll try and get there at 8am and take my chances '.... Which is what I did, and there were at least 45 people in front of me. I reasoned with myself that with the amount of places available, and the fact that some of those in the line might have been for the 3 yr old class, Flynn might jag a place for next year. Then I found out the 3 yr old kids from this year get first preference for next year and I realised he probably won't.

So how important is preschool really? In the scheme of things? Is Flynns entire life in jeopardy if he doesn't attend one year of preschool? Am I bad mother if I can't find him a place? I mean, the first person in that line got there at 4am.... FOUR HOURS before the enrollments actually opened. Should I have tried that hard?

Then I thought about it, and talked about it with Mick and my family and some friends and I realised that, for us preschool is NOT the be all and end all. Flynn can recite his alphabet and he loves talking about letters and sounds of words, so he's already on his way to loving learning. And hell - I didn't go to preschool and I was the dux  of my primary school and I think I've turned out a pretty OK person!

So - does your child attend/will be attending preschool? Is it vitally important to you that they do? Why/why not?

Linking up again over at EssentiallyJess for I Blog On Tuesdays....
Posted by Amy xxoo at 12:20 PM