The Double Fitness Challenge - Weeks 1 and 2

The first fortnight of my fitness challenges has been a real mixed bag. I felt verydelt relatively confident the first week - I completed the nominated fitness sessions, I practiced yoga 5 out of the 7 days and I ate really well. I kept a food diary, counted calories and weighed up the best options for each meal before I put anything in my mouth. Even though I didn't lose the number I would have liked on the scales I was feeling pretty proud of myself. 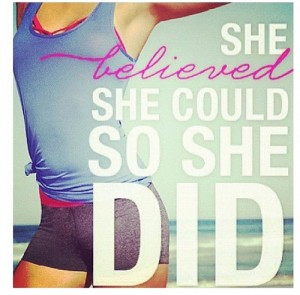 Just gotta keep holding on to this...


This past week, week #2? It started off well but the its ended up a bit of a washout. Monday through to Thursday was good - I exercised, I ate well - but then we hit Friday. I did my normal Friday run around in the morning ( took Flynn to daycare, did the groceries with Tully ) and then once Tully down for a nap I was pumped to do my exercise, a High-Intensity Interval Training - or HIIT - session. I'd never done one before but I knew it was go, go, GO for a minute then a quick rest, repeated for only a 15 - 20 minute time frame. I gave it my best shot and even though I felt like keeling over I kept pushing.... And when it was over, and it felt like my lungs were going to burst I promptly ran to the toilet and threw up. And then had the gross, semi-nauseas feeling you have after you throw up and I just wanted hot chips.... So I gave into the craving and had takeaway for tea.

Even though my trainer assures me that its OK, that I probably  just pushed myself a little too hard, I still felt like a real failure, like I'd really let myself down. That led to some old anxieties kicking in, and  I skipped Sundays walk/jog/walk cardio session because I didn't think I could do it and I was afraid of throwing up again. ( I didn't completely skip exercise though - I did a session of yoga and for a walk with my family in the afternoon ). So then I was doubly disappointed in myself because those were just excuses, and it's let them beat me.

So here I am, Monday morning, the start of another week and I'm all ' chin up, chest out ' and ready to keep trying. I want to get in some good, strong, yoga practices this week on top of my set exercise sessions ( I'm already seeing some flexibility coming back, and a few Sun Salutations added to our nominated yoga routine have ha dme feeling strong and supple again! Here's on to weeks 3 and 4...
Posted by Amy xxoo at 9:25 AM