No, this is not a post about how many baby is not sleeping well. Truth be told, Tully is a great sleeper - she only wakes for one night feed ( although last night she slept the whole night! ), and even if she woke twice or even three times she's still be a far better sleeper than her brother was at the same age! No, this is a tale about the power of a new mattress.... 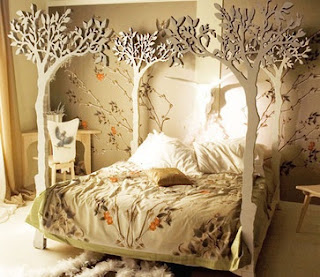 Once upon a time, there was a very contented couple - let's call them Amy and Mick - and they loved each other very much. Even so, they seemed to be bickering more than usual, especially early in the morning or during that hazy, heavy period of the afternoon when everyone suffers from ThreeThirtyItis. They also both complained about sore backs, and sore hips, and wondered how they had gone from blissful lovey-doveyness to being super cranky pants.

They couldn't blame the baby - she was awesome. They couldn't blame the 3 yr old - he slept all night most nights, except when he needed someone to turn the bathroom light on so he could pee at 3am. They blamed how tired they were but why were they so tired when the children were keeping up their end of the bargain? Then, one day, it came to them.... The mattress! Yes, the stupid bloody mattress was near 8 years old and getting truly comfortable on it was like trying to get restful sleep in economy class ( which, as we all know, is nigh on impossible ).

So they went to the mattress and bedding precinct of town and got to testing. They took off their shoes. They rested their heads on pillows. They tried hard, they tried soft, until they found one that was 'just right'. Mick picked it up in his van and drove it home, where Amy made it up with fresh cotton sheets.... And they slept peacefully that night, and every night since, and went back to being lovey-dovey.

The moral of the story? When you feel like smacking your partner in the face or punching him in the guts and the only reason you can come up with is because you're exhausted.... Buy a new mattress!