Its All Fun an Games ( of Thrones ) 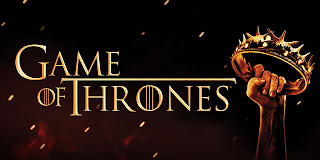 Unless you have been living under a rock for the last 12 months or so, you will have heard of ' Game of Thrones '. You may not have watched it, or read the ' A Song of Ice and Fire ' books from which they are adapted but you have heard of it. And if not, I feel pity for you because I, for one, am becoming just a little obsessed. I don't have pay TV so I have only seen series one of the TV show on DVD, but I've just started the 2nd part of the 3rd book ( there are five books in all ) and I'm hungry for more. Its kind of like 'Lord of the Rings ' mixed with ' The West Wing ' with a bit of classy porn and some blood and gore thrown in for good measure. There's some sex, some violence and lots of back stabbing, king-slaying, kingdom-making intrigue. In short, ' Game of Thrones ' is awesome sauce! 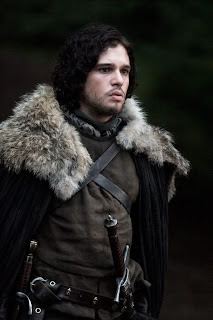 Basically, if I come across any link that has anything to do with ' Game of Thrones ' I HAVE to click on it. It might be an interview with the cast, or an article dissecting the series; even better if its something like this cool name generator or a quiz to see which house you belong to ( for the record, I am apparently house Tully, which I found completely awesome since we named our daughter that before I'd even seen or read the series! ); or, the most fun so far? Making your own ' Game of Thrones ' house sigil! I made this one for my dad, who is also a fan of the series: 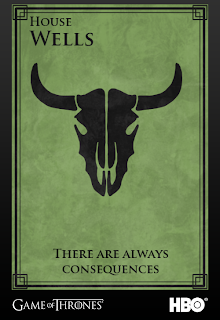 You can make yours here

So - am the only geek girl spazzing out a little about ' Game of Thrones ' ? Have you seen it? Love it or no?