Music: Still Awesome Or On The Downhill Slide? 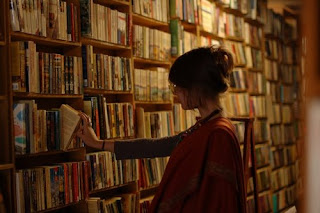 Inspired by a question posed over on the Digital Parents forums, and egged on by a segment on my local radio..... todays post is a rant about the state of todays " popular " music. Seriously - i'm no old biddy ( at the ripe old age of 27 i still consider myself a spring chicken... ) but much of todays Top40/pop really gets on my nerves. Aside from the often inane lyrcis, or the beats that have been done to death, its the "obviousness " of it that annoys me. What am I talking about - " obviousness "?


Nothing is subtle anymore, there are no tongue-in-cheek lyrics that you kind of have to be in on the joke to understand - its all so there and in your face, its like being hit in the head with a brick. Its all just panders to the lowest common denominator and assumes that we need everything spelt out to us. Case in point: a song called " Dirty Talk " by Wynter Gordon that contains the lyrics " Tight clothes, lingerie, pantyhose, foreplay ", and also talks about how she wants to get her legs up in the back of the car. First of all - TMI. Secondly, could you possibly try harder with the rhyme scheme next time? Thirdly - TMI again. Its great that you're out there embracing your sexuality and getting it on in public places, but you dont need to be so explicit about it. I dont want to know, and young, impressionable children who are exposed to the radio/tv dont NEED to know.

Or what about when a song does have great lyrics, has some subtlety and mystery to the words, but the video clip is all sex! Boobs! S&M! look how controversial i can be! Yes, Lady Gaga, Rihanna and Kanye West, i'm talking to you....

I dont mind when an artist feels the need to talk about sex, or drugs, or violence or death.... sometimes those things need to be expressed and, frankly, sometimes i DO want to hear about them. I just dont want them thrown in my face lyrically or visually - i want to be able to smile at how cleverly you can talk about them without actually going the whole hog and just saying it. You know, like a lyrical game of " Taboo ".

So i enjoy a song like " Right In Time " by Lucinda Williams ( an ode to missing your partner so much you need to masturbate to the memory of them ) or " Slide " by the Goo Goo Dolls ( about abortion and alienation ) or even " Luka " by Susan Vega ( the sweetest song about domestic violence that you'll ever hear... ) because the artist has managed to twist and turn and hide those issues and ideas so that adults can guess at them, and applaud their creativity, and small children will hear nothing more than sweet melodies and kick arse guitar solos....
Posted by Amy xxoo at 2:14 AM