So after doing this mornings 30 Days of Music challenge post in which i touched on my love for The Goo Goo Dolls, i was reminded of a post i made waaaaaaaaaaay back when i started this version of my blog. Way back on December 20th 2007 in fact. It was a post about how most of us have one album that we love, or loved at a specific time in our lives. I wanted to share it with you - i had approximately 2 regular readers back then so i figure some of you need to play catch ups, plus i really love this post. Instead of just linking and hoping you'll click over, i'm going to re-post the whole thing...  i hope you enjoy it!

YOU KNOW THAT ALBUM? 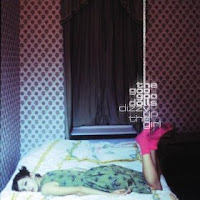 You know that album ? The one that you loved all the way through, or the one that reminds you of a certain time in your life or specific event, or the one who's songs kept you company during rough times ? Everyone has one of those albums and, for me, its " Dizzy Up The Girl " by The Goo Goo Dolls. Its the album that i will always come back to, no matter what. I was reminded of it yesterday ( by a god-awful rendition of a Goo Goo Dolls song on the radio ) and so i was playing it today, whilst i got ready for work, and put it on in the car. Its funny how comfortably i can slip back into the feelings the songs give me, how i may have changed, my circumstances, my life, but the songs resonate the same way.

" Dizzy Up The Girl " was released when i was in Year 9 and it remained my favourite album all the way through high school. I listened to it with my friends but, more often then not, i'd listen to it by myself, shut away in my room. Everyone knew " Iris " - to my friends it was a love song from a movie soundtrack, or just a really good Top 40 song, but to me it was something different. The chorus to that song almost summed up exactly who i was for the formative years of my life. I know one of you out there has blogged about the same chorus fairly recently, but here's my take :

" I dont want the world to see me/
Cause I dont think that they'd understand/
When everything's made to be broken/
I just want you to know who i am ."

Yes, its contradictory - you dont want to be seen, but you do. By one person. I think for me, that was part of the point. I DIDNT want the world to see me, EXACTLY because i didnt think they'd understand - in fact, my major problem was terrified of people knowing, and not liking the real me. I thought people would judge me, they'd find me tto smart, or too quirky, or too uncool, or too " whatever " and i lived in fear of being judged and humiliated by those judgements. But at the same time, i wanted to be broken down and just have at least one person really, truely know me, and love me anyways. I'd wanted to break down barriers and have at least one person, whether it be a friend or a boyfriend or whoever, know my innermost thoughts and feelings and ideas and be able to look at me and say " You know what ? You rock! ". And what is weird is that i found myself singing that song again in the car today - and wanting exactly the same things.

But it wasnt just " Iris " - i connect to almost every single song on the album, and those that i cant find a deeper personal meaning in are, at least, still good songs. " Slide " despite seemingly being about abortion ( i've had that discussion/disection with a friend too - i'm sticking with the abortion theory ) was the first, and only song, i have ever sung solo in front of people, and i love it for that. The only reason i COULD sing it in front of people - classmates, on a school excursion, because i was the only one who actually knew the words - is because i loved it so much. I couldnt have got up the courage to sing a song i had no feeling for.

" Name " was the same kind of thing as " Iris " - just wanting to find that someone who knew me and wouldnt go sharing my secrets with the world, who wouldnt risk my humiliation or embarrasment. Plus, it has that great guitar bit towards the end where i could imagine that Johnny Rzeznik was singing just to me. " Black Balloon " was a comfort to me when i was really depressed and contemplating killing myself. I just liked thinking that maybe someone would miss me too. I later found out the song is actually about heroin addiction, but everytime i hear it, i think back on how bad i used to be and am glad that its not that way anymore. " Slave Girl " was a cover, and not technically a fantastic song, but i liked the rhythm - it was a song i could rock out to in front of my bedroom mirror.

I have other albums too - " Tuesday Night Music Club " by Sheryl Crow, " Hybrid Theory " by Linkin Park - albums that arent technically brilliant, that werent absolute best sellers, but that meant something to me in a time and in a place and that i'll always come back to. I guess thats the best part of music- you can always come back to it, and it will, if you love it enough, almost always come back to you.
Posted by Amy xxoo at 3:15 AM